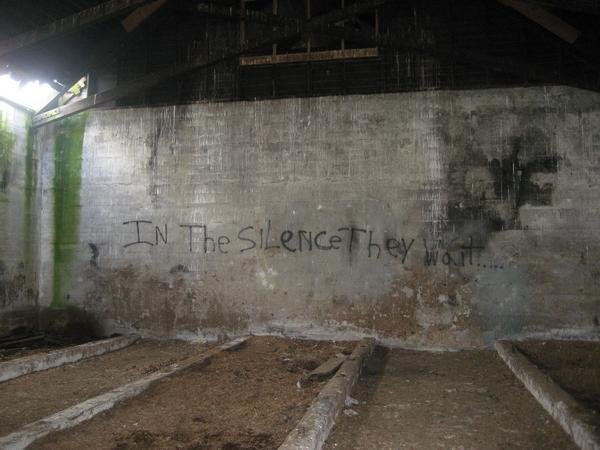 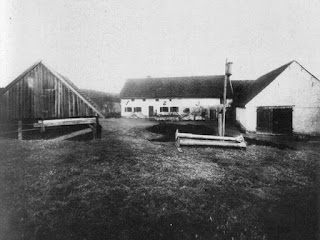 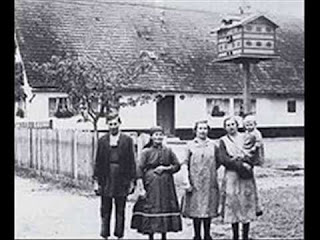 On March 31st 1922 on of the most ominous unsolved murders took place in Hinterkaifeck, Germany.

Hinterkaifeck was the name of a small farm outside of Groebern, between the Bavarian towns of Ingolstadt and Schrobenhausen. This was the family farm of Andreas Gruber (63) and his wife Cazilia (72) and their widowed daughter Viktoria Gabriel (35), who was the official owner of the farm. And her two children Cazilia (7) and Joesf (2) plus the new maid Maria Baumgartner (44).

The family was fairly well-off and well-regarded but not very well liked. Andreas Gruber, in particular, was described as sullen, brutish and a loner.

What happened leading up to the murders is what has baffled the world for decades.

The victims, Andreas Gruber, his wife Cazilia, their widowed daughter Viktoria, her two children Cazilia and Josef, and the family maid Maria Baumgartner were murdered with a mattock, which is similar to a pickax, which has a long handle and a stout head. 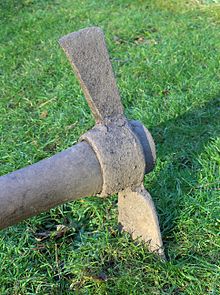 Six months prior to the murders Andreas Gruber maid had told him she could no longer work for him and stay in the house. The maid believed that the house was haunted and wanted nothing to do with it.  She was hearing footsteps coming from the attic and other noises that gave her many sleepless nights. The new maid Maria was only on the farm a few hours before she was murdered, not able to experience what the prior maid had.

Mr. Gruber weeks later had told a few people in town that his maid had left believing that the house was haunted and how she would hear footsteps in the attic and around the house while everyone was in their rooms asleep. He told them that he had experienced the same thing one night when he was awakened by footsteps in the attic. Andreas woke Cazilia, who ran and grabbed his gun, but after inspecting the attic he found nothing. Something else odd happened on the farm that he told some of the people in town about. He told them about the footprints in the snow he had found. He had found tracks leading from the forest to his house and that there were no other footprints leading away from the house back into the forest. He had also mentioned how a set of house keys had went missing and he had found a newspaper unfamiliar with the farm. None of this was reported to the police. 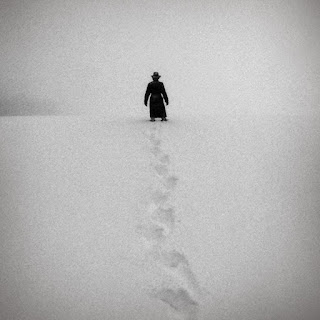 What happened on that Friday evening will forever be a mystery. It is said that Andreas, Cazilia, Viktoria and little Cazilia were one by one led into the barn where they were killed. The killer then went into the house and killed little Josef who was sleeping in his cot inside his mother’s room, then the killer went into the maid, Maria Baumgartner’s chamber and killed her.


Not hearing from the Gruber’s in days and young Cazilia not showing up for class on Monday or Tuesday the locals started to become suspicious. When they found out from the postman that the mail had been piling up the locals launched a search party through the woods and to the farm. After calling their names and not getting responses they started to search the farm itself.  The first place they check was the barn finding the bodies inside. One thing that unnerved the men was when they noticed Cazilia had torn clumps out of her hair. They went to the house next to find the bodies of the maid Maria and little Josef. 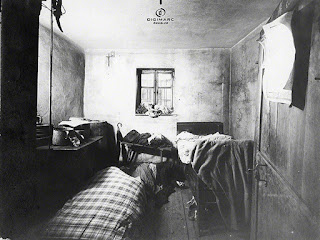 The day after the bodies were discovered, April 5th, an autopsy was performed in the barn by court physician Dr. Johann Baptist Aumuller.

§  Cazilia Gabriel (daughter Viktoria Gruber): lower jaw shattered, cervical injury due to shock, severe head injuries. Skull was smashed with several blows and her neck revealed a wide gaping, transverse wound. On the right of her face was a circular wound. Her face was smeared with blood. In her cramped right hand fingers were hair pieces.
§  Cazilia Gruber (wife of Andreas Gruber): bruising near the right eye, seven blows to her head, one in triangular shape. Signs of strangulation, skull cracked.
§  Viktoria Gabriel (mother of Cazilia and Josef): nine “star-shaped” wounds to the head, strangulation marks on the neck, right side of the face smashed with a blunt object. A small round injury of a pointed tool on the upper skull. Smashed skull.
§  Maria Baumgartner (maid): killed by crosswise blows to the head, face crusted with blood, one head wound was 4cm deep and blood-encrusted probably resulted from a sharp hoe.
§  Josef Gruber (son Viktoria Gruber): killed by a heavy blow in the face, top of the bassinet stroller destroyed.
§  Andreas Gruber (husband Cazilia Gruber): right half of the face smashed, cheek bones protruding, flesh seemed shredded, face caked with blood. 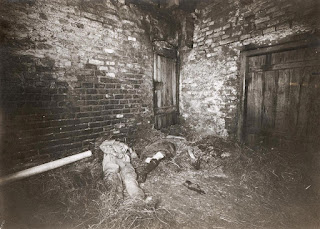 The autopsy found that the younger Cazilia had been alive for several hours after the attack. As she lay dying in the straw, next to the bodies of her grandparents and mother, she had torn out tufts of her hair.

He had established that the murder weapon was a mattock or pickax. The bodies were then beheaded and the skulls sent to Munich where clairvoyants examined them with no results.
The skulls were never returned and lost forever. They were most likely destroyed in WWII when the forensic department in Nuremburg had burned to the ground.

There are many theories of why the family had been murdered.

The police first suspected the motive to be robbery, leading the police to interrogated several suspects from the surrounding villages, as well as traveling craftsmen and vagrants. The robbery theory was, however, abandoned when a large amount of money was found in the house.
Another theory is that a man named Schlittenbauer was Josef’s father, but almost everyone in the village knew that Josef’s father was his real grandfather. But when he was questioned by the police, Schlittenbauer informed them that he knew that Andreas and his daughter were having and incestuous relationship and that Josef was a product of it.

The death of Karl Gabriel, Viktoria's husband who had been reported killed in the French trenches in World War I, was called into question. The body of Karl had never been found. Even though most of his fellow soldiers swore that they had seen him and their stories were believed by police.
There are those who believe that the only explanation is a paranormal one. The former maid had quit because she was certain that the farm was haunted. She had been so frightened that she had quit. She had told Andreas and Cazilia about the strange sounds coming from the attic months before Andreas found the footprints leading to his house. This was months before Andreas had found the unfamiliar newspaper in his home, and months before he himself hearing the strange footsteps coming from attic nights before being murdered.

There are so many unanswered questions to this mystery. Could it have been paranormal or just a voyeur with a vendetta living in the home or near the farm just waiting? How could four people be lead to their death one by one and not put up a fight? How could they not have woken up the maid and little Josef? What even baffles the mind more is the killer or killers, even stayed on the farm over the weekend after the murders and fed the livestock, cooked, and ate food. The Gruber neighbors had reported even seeing smoke coming from the chimney. No money or valuables were taken. They even cared for the family dog.

The following year after the murders, locals had the farmstead destroyed.
The murder weapon, the mattock, was found during demolition, despite the fact that the farm had been searched extensively and even by K9 units. 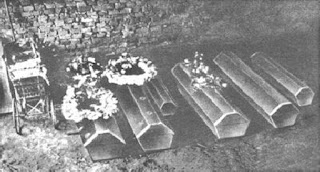